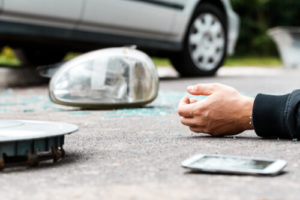 As a former prosecutor and judge who has practiced law in Harris County for more than 30 years, attorney Natalie C. Fleming has a thorough understanding of the drunk driving laws in Texas. After a suspected drunk driver with a history of DWI convictions caused a deadly head-on crash in Houston in July, FOX 26 News turned to Ms. Fleming to share the insights she has gained from her experience.

The Houston Chronicle and FOX 26 report that the suspected drunk driver plowed head-on into a Harris County Sheriff’s Office patrol car at roughly 11:30 p.m. on July 21 on Westpark Tollway near Synott Road. The crash left two sheriff’s deputies with serious injuries and killed a DWI suspect that they were taking to jail in downtown Houston.

The driver, who had a history of drunk driving offenses, showed signs of being “highly intoxicated” after the crash, according to The Chronicle. He faces a first-degree murder charge as well as a charge of aggravated assault of a peace officer, according to the newspaper.

“Sadly, it took this incident to get him within the radar of Harris County officials,” Ms. Fleming told FOX 26.

Impaired driving is a major problem throughout the country – and especially in the Houston area. In a series of articles about the issue, The Chronicle reported that Houston had more fatal drunk driving and drugged driving crashes than any other major metropolitan area in the country. In fact, between 2001 and 2016, the nine-county region had 3,033 fatal impaired driving crashes compared to 1,947 in Los Angeles – a metro area with roughly twice Houston’s population.

“This is an epidemic on our roadways,” says a representative of the Harris County District Attorney’s Office told FOX 26. “It’s unacceptable.”

According to FOX 26, the July 21 wrong-way crash occurred when the 39-year-old suspected drunk driver was traveling westbound on the eastbound lanes on the Westpark Tollway. The driver smashed head-on into the patrol car.

Everyone in the patrol car was wearing a seat belt at the time of impact, FOX 26 reports. The deputy who was driving the car suffered broken bones in his foot, bruising and lacerations, while the other deputy suffered a concussion, according to The Chronicle. The 42-year-old man they were transporting in the patrol car’s rear passenger seat died while he was being taken to the hospital.

The suspected drunk driver suffered a non-life-threatening leg injury in the accident. However, he faces serious criminal charges as a result of the incident.

The Chronicle reports that the driver had five prior DWI arrests outside Texas. He had a total of three DWI convictions in Missouri and Illinois.  In addition to charging him with aggravated assault of a peace officer, the Harris County Sheriff’s Office also charged him with first-degree murder, FOX 26 reports.

If the suspect causes the death of an individual while in the commission of a felony, Murder is the highest charge the State can bring.  In this case, the felony being committed by this individual is Felony DWI.  A DWI can be charged as a felony when the individual has three or more prior convictions for DWI.

Ms. Fleming began her career as an assistant district attorney in the Harris County District Attorney’s office. She was also elected twice as a Harris County Criminal Courts at Law judge, which involved presiding over numerous DWI cases.