In Texas and many other states, it is illegal for attorneys or other individuals to solicit claims from accident victims in person. It is called barratry. It is a serious felony crime but it happens all the time.

You should be wary about dealing with any car accident lawyer who engages in “ambulance chasing,” or the unethical solicitation of a person who may be in need of legal services. Texas ethics rules actually prohibit lawyers from initiating personal contact with those who have not invited such contact.

How are Accident Victims Targeted? 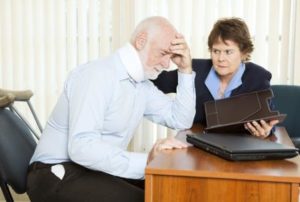 It is illegal to solicit car accident clients in person.

Here is how it works: A person is injured in a car accident and is taken to the hospital for treatment. While there or soon after they are at home and before they have an opportunity to contact a car accident lawyer, they are contacted by a stranger about their injury. It may be somebody who they have come in contact with – wrecker, EMT, hospital worker – or somebody they have never met. However, the message is always the same – go see this lawyer. This is illegal solicitation. Many times, personal information such as a cell phone number is given (or sold) to people who make money illegally soliciting cases. They then call the cell number and tell the accident victim that they are investigators and they build false trust by demonstrating that they have knowledge of the facts surrounding the accident. They eventually get around to telling the victim that they should meet with a particular lawyer to have their case handled.

All of the people involved in this transaction from the person giving out the cell phone number to the lawyer are guilty of the serious crime of Barratry under Section 38.12 of the Texas Penal Code. Unfortunately, too many accident victims have no idea that the contact from the case runner is illegal and it is soon forgotten once they have been convinced to hire the lawyer that is paying for the illegal contact. They often are short-changed on their compensation claims by the shady lawyers and never realize that they have been ripped off. If a lawyer has to engage in this type of unethical and illegal behavior to get car accident cases then the lawyer does not have the experience or reputation to get work in legitimate ways.

What do I do if I Was the Victim of Accident Case Solicitation?

Recently, a new law was passed in Texas to help protect car accident and other personal injury victims from the antics of these criminals. Section 82.0651 of the Texas Government Code now allows civil cases to be brought against all those involved in the illegal solicitation of accident cases – even if the lawyer is never hired on the case. If the victim did hire the lawyer through illegal contact, the “client” can void the contract with the lawyer, seek attorneys fees and a penalty of $10,000.00. Even if the victim does not fall for the scheme, he or she can still sue the actors for any damages, attorneys fees and the $10,000 penalty.

If you are involved in an accident and received unwanted, personal contact from an attorney or another person trying to get you to hire a lawyer, you should contact the Harris County District Attorney and report the crime.

If you have a serous car accident or other injury case and hired an attorney through illegal solicitation, you should consider hiring an other attorney to take over your case and sue the first lawyer for Barratry.