What Are the Top 10 Causes of Traffic Collisions in Texas 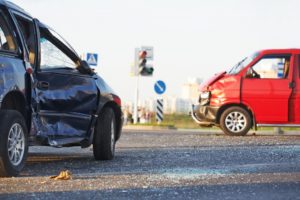 Car crashes happen on a daily basis in Texas, leaving victims to deal with serious injuries, deep emotional trauma, and property damage. Many of these collisions are wholly preventable if drivers had simply paid attention and taken seriously their responsibility to drive safely.

The attorneys at Fleming Law, P.C., take our responsibility to represent you seriously. We are ready to do everything in our power to seek justice if you were hurt due to someone else’s reckless or negligent actions.

To better understand how a collision happens and to shed some light on the serious problem of car accidents in Texas, we’ve provided a list of the Top 10 causes of traffic collisions in the state. By analyzing the trends and understanding the dangers that Texas drivers face on our roads and highways every day, you could be able to avoid a serious injury crash.

What Are the Top 10 Causes of Traffic Collisions in Texas

If you’ve already been hurt in a crash, know that legal help is available to you. It is normal to wonder what your rights are following an accident. You are likely concerned about how you’ll pay your medical bills and other expenses while you recover. Our attorneys are equipped to help you understand your rights and legal options. We’ll be here to answer any questions you may have.

Fleming Law, P.C., represents clients all over the greater Houston area. Call us or fill out an online contact form to schedule a free consultation to have our legal team review your case and help you understand your rights and legal options.

The Top 10 Causes of Traffic Collisions in Texas

The Texas Department of Transportation (TxDOT) divides its crash contributing factors report into rural crashes and urban crashes. TxDOT defines a rural area as roads in all areas of less than 5,000 population.

According to TxDOT, the Top 10 causes of traffic collisions in rural areas were:

In urban areas, the Top 10 causes were:

Some of the crashes listed above resulted in a negligent driver possibly being issued a ticket for a traffic violation in connection with an accident. Failure to control speed, failure to yield, and following too closely are undoubtedly common citations that are issued in these types of cases.

It is important to note that a driver who is not charged or found not guilty of a traffic violation issued after an accident can still be held civilly liable. The negligent driver’s traffic violation will be a separate case from any personal injury action.

Some of the types of crashes listed above may not result in a ticket being issued. For example, driver inattention often involves distracted driving. Texas prohibits texting while driving as of 2017. A driver who was not texting still could have been distracted by a different activity. An attorney may be able to subpoena the phone records of the negligent driver in such cases to prove that a cell phone was being used at the time of a collision, and these records could be used to demonstrate negligence.

Keep in mind that the top causes listed by TxDOT are not all-inclusive. There are more than 50 categories of crashes in the TxDOT report, and a less common kind of collision could result in a person being injured just like one of the more frequent types of accidents.

Do I Need a Lawyer After a Collision in Texas?

You might not need a car accident attorney if you were involved in a minor collision that did not result in any injuries or significant property damage. In most other cases, however, you will likely benefit from having a lawyer.

An insurance company for a negligent driver will likely contact you after the crash. You should avoid saying anything to them until you have legal representation. Some insurers will have representatives attempt to get victims to inadvertently make damaging statements about their cases that are later used to claim the victim was negligent.

In other cases, an insurance company will offer a victim a lump-sum settlement to resolve the matter quickly and cheaply. You should know that these settlements are typically far less than what victims are entitled to, and people quickly find that the settlements do not cover all of the costs related to their injuries.

With an attorney, you will have somebody who can calculate what your case should be worth and then fight to help you seek the compensation you need and deserve.

Did you suffer severe injuries or was your loved one killed in a traffic collision in Texas? You could be entitled to compensation for all of your medical bills, lost wages, pain and suffering, and other damages.

Remember that time is limited to file an injury claim. In Texas, you have two years from the date of the injury to file a civil claim. Because it takes time to investigate and build a persuasive injury claim, it is vital that you contact an attorney for help as soon as possible.

Michael Fleming is Board Certified in Personal Injury Trial Law by the Texas Board of Legal Specialization. You can have our experienced Houston car accident lawyers provide a complete evaluation of your case as soon as you call us or contact us online to schedule a free consultation.