What is the Difference Between District Court and County Court at Law in Houston, Harris County, Texas? System Explained by Houston Civil Trial Attorney. 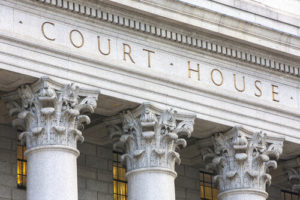 Have you been sued in a Harris County Court in downtown Houston? Do you want to file a civil lawsuit such as a breach of contract or even a car accident case in Houston and wonder which court will be appropriate? The different levels of courts in Harris County have jurisdiction to hear cases of certain types and amounts in controversy. In civil litigation matters filed in the Texas state court system, cases will be in one of three levels of courts: 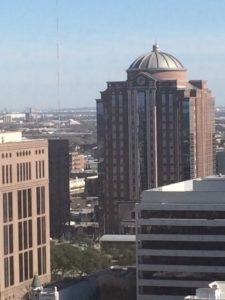 The State District Court system in Texas are the courts of general jurisdiction in civil cases in which the amount claimed exceeds $500.00.  Most civil lawsuits are filed in a district court and if you have been served with a lawsuit in Harris County, the caption will read. “In the District Court of Harris County Texas,  ___’th Judicial District. District courts have the power to enter all orders involving all types of state civil lawsuits including, breach of contract, real estate litigation, personal injury litigation, injunctions, business litigation. While the minimum amount claimed must exceed $500.00 to bring a case in district court, there is no limit on the amount that can be awarded in a civil district court lawsuit. Indeed, the district courts of Harris County have issued verdicts in excess of billions of dollars. District courts are the courts where most civil jury trials take place and generally twelve jurors decide the facts in each trial. There are currently 25 civil district courts in Harris County presided over by judges elected to 4-year terms. 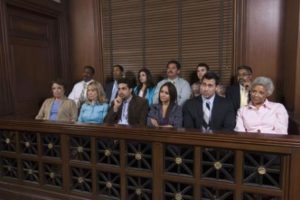 Like district courts, Harris County Civil Courts at Law have broad powers to handle most forms of civil lawsuits (excluding some matters involving real estate) and to have jury trials to settle the disputes. There are some monetary limitations to the jurisdiction of these courts – there jurisdiction is limited to amounts in controversy, excluding attorneys fees and punitive damages, to $200,000.00. If a lawsuit is to be filed seeking more that that Jury amount, it must be filed in the district courts. In Harris County, there are four County Court at Law Judges who are elected to 4-year terms. One other difference between district courts and county courts at law is the size of the jury. In County Courts at Law, the jury size is only six jurors.

The Justice Courts or Justice of the Peace (“JP”) courts in Harris County are the lowest level courts and handle cases for damages up to $10,000. They also have exclusive jurisdiction in Eviction Cases. While many people hire lawyers to go to JP court with an attorney, they are all set up to accommodate people representing themselves without an attorney. There are sixteen JP courts scattered throughout the county with judges elected to 4-year terms. Like county courts, the JP courts also can conduct civil jury trials with six jurors.

What is the difference between District Court and County Civil Court at Law?
ASK A LAWYER NOW!