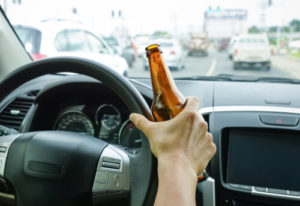 East Sam Houston Toll Road, which is also called Beltway 8 East, is known for being the home of some serious wrecks. From Summerwood to Edgewood Village, down through Cloverleaf and Deer Park, fender benders and rollovers are just another tragic everyday occurrence on East Sam Houston Toll Road. Whether East Sam Houston Toll Road is part of your normal commute, or is a road that you only use infrequently, you most likely know now that it, like most of Houston’s highways, is a hotspot for bad drivers. As a victim of a crash, property damage, and bodily injury, you have rights to financial compensation.

Unlike the west side of Houston, Beltway 8 East is less congested especially the area north of Pasadena and Deer Park. This is where you will find oil refineries and petrochemical plants and cross the Buffalo Bayou that is fed from Galveston Bay. Although traffic may be less congested that doesn’t mean that serious accidents don’t happen. Large 18 wheeler semi-trucks use this tollway to make their way east to Baytown and south to Texas City. Drivers need to be careful and aware of their surroundings at all times to avoid serious car accidents in Houston. If you have been in an injury call our houston car accident lawyer today.

Intoxicated Driver Flips Vehicle, Gets Ejected, and Dies at Scene.

Caught on Camera by TranStar

Police attempted to pull over a driver of an Explorer who ran a red light, but he fled the scene. By the time police caught up to him on East Sam Houston Toll Road, he had lost control of his speeding vehicle, which was recorded by one of TranStar’s numerous traffic video surveillance cameras along the route. The man, who police later said smelled heavily of alcohol, was ejected from his vehicle and died. Fortunately, the driver did not injure or kill any victims. Drunk driving collisions on East Sam Houston Toll Road take lives every year – often the lives of innocent drivers and passengers.

There are Dozens of Hazardous Sections of Beltway 8 East

What can you expect from a four-lane highway that encourages high speeds and is largely unchecked by law enforcement other than collisions? The following locations have so many traffic crashes that Houston TranStar has set up surveillance cameras:

If You Were Injured in an Auto Wreck, You Need to Call a Houston Attorney Today

For maximum financial compensation, the Houston personal injury attorneys and car accident lawyer of Fleming Law, P.C., are here to help. Call us today 737-201-0543 to set up a free consultation to discuss your wreck on Beltway 8 East and we will help you determine the best legal route to take.