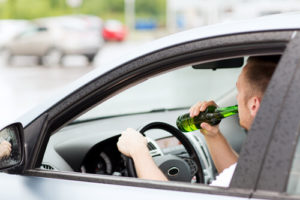 Collisions are common along West Sam Houston Toll Road, which is also referred to as Beltway 8 West. On the west side, Sam Houston Toll Road starts at Missouri City and heads north through Westchase and Northwest Houston before bisection U.S. 290 and Jersey Village. As anyone who has ever traversed the West side of Sam Houston and has seen the carnage of a crash off to the shoulder of the road can tell you, the scene is often horrendous. Serious collisions call for serious compensation, which a Houston car accident attorney can help you recover.

The interchanges at Beltway 8 West and Interstate 10 on the west side of Houston are some of the busiest in the country. A freeway widening project completed in 2008 increased the number of lanes to 26. Many commuters from all directions make their way daily to the Energy Corridor where corporate offices of the world’s largest oil and gas are located. Others travel south to get to the Westpark Tollway which leads to the Texas Medical Center and into Midtown. If you have been injured in a car accident in Houston, call our accident lawyer in Houston today!

A car drove into me and caused a serious accident on Beltway 8 West. Should I talk to the adjuster?
ASK A LAWYER NOW!

The driver of a Dodge Durango slammed into the back of a Buick that was stopped at a toll booth waiting to pay on West Sam Houston Toll Road, killing the driver of the Buick instantly, according to ABC 13. The wreck was so bad that the make and model of the Buick was indistinguishable from a mechanically crushed car at an auto scrap dump. It is not known how the driver of the Durango was so oblivious, but these types of deadly rear-enders are common among drivers who use cell phones behind the wheel.

Fortunately, Houston TranStar closely monitors the road conditions on West Sam Houston Toll Road via dozens of traffic cameras. The following areas are some of the most common locations for crashes on this toll road:

As a victim of a crash on West Sam Houston Toll Road, you know all too well the hazards that this road brings in the form of careless drivers, drowsy truck operators, and reckless commuters who weave in and out of lanes to find the fastest route at the expense of everyone’s safety. If you were injured, it is not your responsibility to pay for your medical bills and property damage. It is the responsibility and obligation of the negligent driver who did this to you. An experienced Houston traffic collision attorney can help you pursue legal action against the careless party who put you in this terrible situation. For immediate legal assistance contact the Houston personal injury attorneys of Fleming Law, P.C., today for guidance 737-201-0543.