How to File a Claim with Mercury Insurance 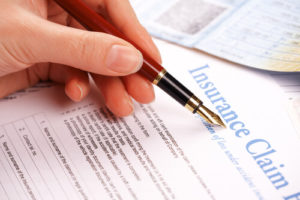 Mercury Insurance Group was founded in California in 1962. They offer a variety of types of insurance including auto, homeowners, renters, commercial, and umbrella policies. They have just fewer than 2 million policyholders. Today they provide insurance in 13 states, including Texas.

Although they are not one of the larger or more well-known auto insurance providers, they have a high rate of claims. As with some other insurance companies, Mercury Insurance concentrates much of their business toward high-risk drivers. For this reason, the number of claims they handle is higher, percentage-wise, than some of the other companies. In short, they insure drivers who may have previous accidents and are unable to obtain policies with other companies. Our Houston car accident attorney can help you with you claim today!

File a Claim with Mercury Insurance

To file a claim with Mercury Insurance, you should call their toll-free number at 1-800-503-3724. This number gets you to a claim center that is open 24 hours a day, seven days a week. It is important to note that the company will record all phone calls, even your initial claim. While they say that this will help expedite your claim, it could also be used to gather information that can be used to reduce or deny your claim.

Get help with you claim and call a car accident attorney.
CONTACT US!

Claim Delays and Other Problems

Consumers have many complaints about Mercury Insurance. Most complaints are about lack of communication and being provided an unfair settlement. Along with poor ratings from customers, Mercury has also been involved in a variety of lawsuits. Most notably, they settled a claim with the California Department of Insurance for a slew of violations. The company allegedly delayed payments, among other things.

Mercury Insurance has been known to try to use delay tactics to reduce a settlement value. In one case that went to arbitration, it was determined that the company failed to investigate the accident in a timely manner and this allowed the claim to be higher than the policy holder’s limits. The company then settled the case for more than a million dollars.

In general, Mercury Insurance is known for trying to settle cases for much less than they are worth. As a result, they find themselves involved in legal action quite often. They are not as likely to settle a case easily and some of their cases end up in court.

The company often tries to limit their settlements to the insured’s policy limits. When this occurs, it is helpful to get assistance from an experienced Houston car accident lawyer. Your lawyer will handle the negotiation process and will do whatever is necessary to resolve the case favorably. You do not have to accept a settlement offer that is too low. Instead, seek legal help to resolve the situation and get the compensation you deserve. You should not have to face financial problems by having to pay medical bills for an injury that was caused by someone else’s negligence.

We are here to help with your Mercury Insurance claim. We have experience handling thousands of insurance claims and we can help you with your claim, too. Contact Fleming Law, P.C., today for a free consultation 737-201-0543.