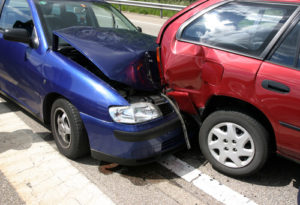 610 West Loop makes up the west side of 38-miles-long Interstate 610, which circumnavigates Houston and serves as a connection between many large highways and surface streets. 610 West begins at its southernmost point in Middle West and runs north through Bellaire, Interstate 69, Washington Avenue Memorial Park, Interstate 10, and finally Highway 290. Due to high speeds, wide roads that lull drivers into a false sense of security, and heavy congestion, collisions are common along 610 West Loop. Injured drivers have a right to pursue financial compensation for their injuries and other damages, and should consider working with a car accident attorney in Houston to maximize their take home settlement offer or chances of the lawsuit winning.

An intoxicated driver hit two vehicles in a separate hit-and run incident before causing a five-car pileup on 610 West Loop, as reported by Click 2 Houston. One man was killed in that collision. The intoxicated driver had her two children in the car at the time, and both were in unrestrained car seats. She was later charged with murder, and could face 99 years in prison to life if she is convicted.

In another incident, a driver told police that he was drunk when he was approached while parked in his car. He then took off and led police on a chase all around 610 Loop. Officers eventually caught the man by laying out spike strips, which shredded his tires and took him to a dead but safe stop, according to Chron. Police chases like these often end in injuries or with innocent lives being taken. 300 to 400 people are killed each year in police chases, many of them being bystanders or police officers.

The recent revitalization of Houston’s downtown has also had an impact on areas such as Midtown. It is a popular place for restaurants, trendy bars and nightclubs. Although ridesharing with Uber and Lyft is quite common it doesn’t eliminate the potential hazard of drunk drivers returning home from a night out.

Where am I Most Likely to Get Hit on 610 West Loop?

The most dangerous sections of 610 West Loop are listed below, and are monitored by Houston TranStar via traffic cameras. However, numerous collisions occur on other sections of the road, and nowhere is safe when drivers are distracted, in a rush, or driving vehicles that average two tons in weight.

Our Houston Traffic Collision Attorneys are Here to Help

If you or a loved one was injured in a traffic collision along 610 West Loop, you are not alone. Help can be found by calling the Houston personal injury attorneys of Fleming Law, P.C. We will help you recover the damages that have been caused to you, including medical expenses, pain and suffering, property damage, lost wages, emotional suffering, and much more. Contact us at once 737-201-0543 to schedule a consultation.