Injured After Being Ejected From a Car in Houston 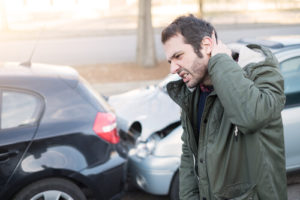 When a vehicle rolls over or comes to a sudden stop, passengers who are not wearing seat belts, or those whose seat belts are not fastened properly risk being ejected from the vehicle. Vehicle ejection injuries tend to be incredibly serious and these accidents usually happen when cars speeding on a freeway. When these types of collisions are caused by another party, they need to be handled by an experienced Houston car accident lawyer with a law firm equipped to go up against large insurance companies to get the maximum compensation for your injuries.

Most vehicle ejection collisions end with multiple serious injuries that are often life-threatening. Some of the most common injuries include:

Were you ejected from a car when someone caused a wreck?
CONTACT A LAWYER NOW!

Single and Multiple Vehicle Collision Ejections Caused by a Rollover

What Causes People to be Ejected?

Wearing a seat belt drastically reduces an occupant’s chances of being ejected from a vehicle, according to recent research published in the National Library of Medicine. The primary cause of a person being ejected from a vehicle is failure to wear a seat belt, or failing to properly restrain a child in a child seat. In fact, a Houston mother is facing charges after she failed to restrain her five-year old, who was ejected during a collision, as reported by Click 2 Houston. Another cause of vehicle ejection is when the vehicle’s doors, roof, windshield, or side windows are structurally insufficient to keep its occupants inside. Severe collisions or rollovers can damage a vehicle so greatly that it essentially falls apart, causing an ejection even if the occupant is seat-belted.

Reach Out to a Houston Attorney Today

Occupants who were ejected or partially ejected in a Houston area auto collision need aggressive legal help to recoup the damages that were caused to them by the at-fault party. We encourage you to contact the injury attorney at Fleming Law, P.C., today.