Not at Fault for a Car Accident But Got a Ticket Anyway? 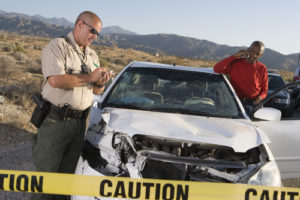 A particularly frustrating situation that many Houston drivers encounter is getting hit by another motorist, but somehow being ticketed by police. You immediately think to yourself, “Wait a second. I did not cause the accident, yet I am being penalized.”

Getting a ticket can also potentially harm your personal injury claim. This is because most insurance companies are typically inclined to settle a case only when liability on their insured is clearly established. If liability is contested, it increases the likelihood that you will need to file a lawsuit and have a jury decide whether you are entitled to economic and non-economic damages. Generally, the driver who is ticketed by police is seen as the at-fault party in the car accident. This is because there is an assumption that the ticket was issued for some wrongdoing that led to the collision. If you have been involved in a car accident recently, call our experienced Houston car accident attorney for help.

Do Not Given Up Hope

Fortunately, getting a ticket does not necessarily spell the end of your personal injury case. There are situations in which the police simply got it wrong and ticketed the wrong person, or based their decision to issue a ticket on incorrect or erroneous information.

This is why, if you have suffered serious injuries as a result of a car accident and/or you know the other driver was at fault, you should do everything possible to have the ticket dismissed. Do not simply plead guilty to get the ticket resolved. Even if the ticket can be remedied by paying a fine online, do not do so. Contest the charges. The reason is that if you pay the ticket, it could be viewed as an admission of guilt.

To contest the ticket, you will likely need to attend a hearing. To prepare, you should try to contact any witnesses who may have seen the collision. Pictures of the accident scene would be very useful too.

I was injured and ticketed in a car accident but it wasn't my fault, what can I do?
ASK A LAWYER NOW!

When the Other Driver Gets a Ticket

If the other driver gets a ticket as a result of the accident, you should speak to a Houston car accident lawyer to discuss your legal options and to get a claim filed as soon as possible. As mentioned above, if the other driver is ticketed and you are not, it will likely create a sufficient basis to assert the other driver was negligent and should be held liable for causing your harms and losses.

Once liability is established, it creates the opportunity to potentially settle your personal injury claim with the other driver’s insurance company so you are compensated for your medical bills, lost income, and pain and suffering.

Have Questions About Your Legal Rights After Getting a Ticket from a Car Wreck?

In a contested liability personal injury claim, you need the services of a top-notch attorney to help guide you through the complexities of the personal injury claims process and potential pre-trial discovery. Take immediate action now and contact Fleming Law, P.C., to schedule a free, confidential consultation 737-201-0543.