What Happens If You Don't Report A Car Accident in Houston? 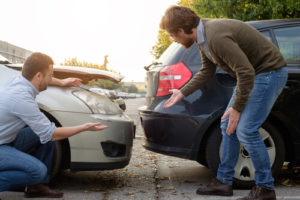 You are driving home after a long day of work. The highways of Houston are busy during rush hour, and the traffic is stacked up bumper to bumper for large portions of your drive. You apply your brakes as the car in front of you slows, and you come to a stop.

Suddenly, you are jolted forward as a car hits you from behind. You and the other driver pull to the shoulder and inspect the damage to your vehicles, and find none. The other driver apologizes profusely and accepts blame for the fender bender. You exchange information just to be safe, and go off on your own way, thinking that everything is fine.

Days later you feel that your neck and back have grown stiff and your head throbs off and on. This is just one common example of a driver who was not at fault and who decided not to report an auto accident to their car insurance provider, later regretting that decision. In this case, you are forced to take weeks off from work, you can no longer pick up your kids, you can not even perform house duties, and will soon have mounting medical and physical therapy bills to pay. If you find yourself in this situation, don’t hesitate, call our experienced Houston car accident lawyers. We are waiting to help you.

Consequences of Not Reporting a Crash

Houston is one of the most dangerous cities to drive in within the U.S. 640 people die and 2,850 are seriously injured each year on Houston’s roads, according to the Houston Chronicle. Tens of thousands more suffer moderate to minor injuries, and thousand more suffer property damage. What happens if you do not report the accident to your insurance?

Is it too late to report my car accident?
ASK A LAWYER NOW!

Not reporting a traffic collision, even seemingly minor ones, can come back to haunt you. However, there is still hope that you can collect compensation from the negligent party if you exchanged information after the crash or have some way of figuring out who they are.

It is always necessary to report severe crashes to the police by dialing 911, and best to report minor to moderate collisions, such as a fender bender, by at least contacting your auto insurance company, taking pictures of the damage, getting the other driver’s information, and calling an attorney. The Houston attorneys of Fleming Law, P.C., are here to help. Call us today for a free consultation at 737-201-0543.