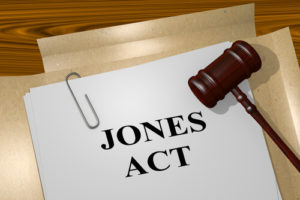 The Jones Act and Longshore and Harbor Workers’ Compensation Act (LHWCA) are federal laws. They both regulate compensation for certain maritime employees. The Jones Act applies to seamen, or masters or members of a crew, while the LHWCA covers those who are not crew members. Because seamen cannot file for workers’ compensation benefits, they can seek compensation only through the Jones Act or maritime law.

If you suffered serious injuries or your loved one was killed while working on a vessel, you should seek legal help from an attorney who understands the unique requirements of Jones Act claims. Not all attorneys have experience with these cases. So, you should make sure to ask your offshore injury lawyer about his or her specific experience in this area of law.

The Jones Act attorneys of Fleming Law, P.C., have many years of experience with handling maritime claims. We know how important these claims can be for victims and their families. To learn more about how we can help you, contact us and receive a free consultation with a knowledgeable maritime injury lawyer today.

What Is the Jones Act? 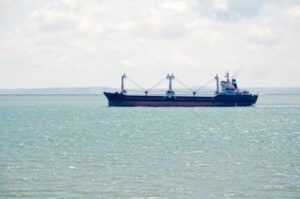 The lawyers at Fleming Law, P.C., can help seamen who have been injured while working offshore.

The Jones Act is found in Section 27 of the Merchant Marine Act of 1920. It was enacted after Germany destroyed the U.S. naval fleet in World War I. Under 46 U.S. Code § 50102(2), the Jones Act requires ownership and operation of fleets by citizens of the U.S., and foreign-flagged vessels are prohibited from coastwide trade, also known as cabotage.

Cabotage refers to trade between two ports within the same country. The Jones Act prohibits any foreign-built, owned, or flagged vessel from engaging in coastwise trade in the U.S. However, certain exceptions have been made in the past for emergencies such as the decision to waive the Act for Puerto Rico after Hurricane Maria in 2017.

The Jones Act allows for seamen to recover compensation for acts of negligence or unseaworthiness, which they would not otherwise be entitled to recover under international maritime law. Under 46 U.S. Code § 30104, the Federal Employer’s Liability Act (FELA) is extended to seamen.

I got hurt working on a rig. How will I pay my bills?
ASK A LAWYER NOW!

What Does Maintenance and Cure Mean?

Employers are obligated to pay maintenance and cure until the seaman is fit for duty, or the seaman has reached a state of maximum medical improvement. A person reaches MMI when medical professionals determine that additional treatment will not result in any further improvement of the person’s condition. In many cases, employers will try to get away with offering minimal maintenance and cure, which is inadequate for covering a seaman’s necessary daily expenses.

Union membership can affect maintenance rates. When seamen are union members, their maintenance and cure rates may be pre-established. Those rates cannot be contested.

Another tactic that employers like to use is to have injured seamen submit to independent medical examinations performed by the employer’s preferred physician. If you are an injured seaman, you should always speak to an attorney before you agree to one of these exams. This is because your employer’s chosen doctor may try to minimize your injuries or designate you as having reached MMI when, in reality, you have not.

Does the Jones Act Cover Me?

While a vessel has to be capable of moving, it does not have to be moving at the time of an accident for a seaman to be entitled to compensation under the Jones Act. In other words, a Jones Act claim could stem from an injury that occurs while a vessel is tied to a dock or mooring.

“Navigable waters” applies to rivers, oceans and inland lakes that are shared or linked by other navigable waters. Ships that are being repaired or in drydock are not legally in navigation.

The vessel also has to be used in navigation. Injuries suffered while cargo is being delivered will undoubtedly qualify under the Jones Act, but a ship that is not being used for delivery and only to test its seaworthiness may not be considered part of the fleet. So, a seaman injured on such a ship may not be eligible for compensation under the Jones Act.

What Vessels Are Used in Offshore Drilling? 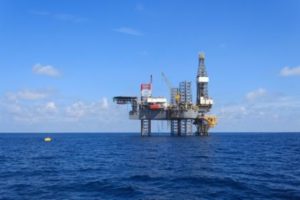 Working on an offshore oil rig can be dangerous.

Some jack-up rigs are designed to have four platforms, but most have three to carry out the oil drilling process. Tow boats are often used to move jack-up rigs. Typically, jack-up rigs have a maximum water depth level of 120 meters.

Do You Have a Case under the Jones Act?

When a seaman has suffered injuries while working on a vessel, the first hurdle the seaman will need to clear in order to obtain compensation under the Jones Act will be proving that they are, in fact, a seaman. This definition will usually require proof of at least 30 percent of the individual’s time being spent working on the vessel.

Next, the seaman must prove that the employer was negligent. Many employers will contest any allegations that they acted negligently. An injured person must demonstrate only that an employer’s negligence served as a proximate cause of an injury – not necessarily the direct cause. In other words, an employer’s negligence must have played only some role — no matter how small — in causing the individual’s injuries. 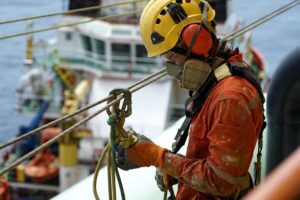 The Jones Act requires employers to provide seamen with a reasonably safe place to work. Employers must use ordinary care to keep the vessel on which the seamen work in a reasonably safe condition. A seaman does not have to be injured as the result of the employer’s direct negligence in order to have a claim under the Jones Act. Acts of negligence by other seamen can also lead to compensable injuries under the Jones Act.

My husband was hurt in the harbor on a tug. What are his rights?
ASK A LAWYER NOW!

Did you suffer catastrophic injury, or was your loved one killed while working on a vessel? If so, you may be eligible to file a Jones Act claim and pursue compensation for your medical bills, lost wages and other damages.

Michael P. Fleming is an experienced maritime law attorney with more than three decades of legal experience. He is Board Certified as a specialist in Personal Injury Trial Law by the Texas Board of Legal Specialization, and he has been rated AV Preeminent by Martindale-Hubbell. You can count on him to handle your Jones Act claim with the skill and knowledge that these claims require and pursue the compensation you need and deserve. To learn more, call or reach us online today and receive a free consultation.