What Is General Maritime Law? 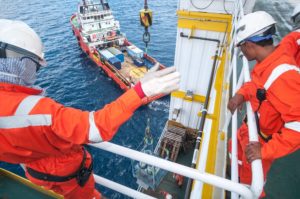 General maritime law imposes a duty on ship owners to provide a “seaworthy” vessel to the seamen aboard the vessel. If a seaman suffers injury due to the vessel’s unseaworthiness, the seaman may recover compensation for wages, transportation, medical services and room and board for the duration of the voyage.

This body of law controls the legal issues that arise in offshore accidents. Maritime law grants people who are injured while at sea the right to take legal action against the responsible parties through a variety of claims, including maintenance and cure, seaworthiness and personal injury claims. A variety of people, from maritime workers to ship passengers, can file a claim under general maritime law if they have been injured due to negligence or a willful act.

If you have been hurt through no fault of your own on the open water, you have options. To discuss your specific situation with an experienced Houston offshore injury lawyer, contact Fleming Law, P.C., today. We have an extensive background in helping people who have suffered offshore injuries. We can provide a free consultation today.

How Does The Jones Act Differ from General Maritime Law?

General maritime law encompasses a wide variety of legal issues that occur while on open water. The Jones Act is merely one type of legal claim that falls under the larger umbrella of general maritime law. It is also known as The Merchant Marine Act of 1920.

The Jones Act provides critical protections to seamen and maritime workers who are injured on the job. Workers protected by The Jones Act generally spend at least a third of their time working on a seafaring vessel or on navigable waters.

In other industries, injured employees can file for workers’ compensation benefits if they get hurt while on the job. However, prior to The Jones Act, workers hurt while at sea could not obtain similar benefits.

Under The Jones Act, employees can sue their employer for negligence, which is not the case for most land-based workers. Jones Act claims allow employees to recover damages for:

In some cases, the courts will allow injured seamen to also recover interest on the damages which they recover. Jones Act compensation can be of great help to injured workers and their families.

One key aspect of The Jones Act is the lower “burden of proof” these claims require. To prove causation in a Jones Act injury claim, the plaintiff will only need to show that negligence on the part of the employer played a part in causing the injury – even if that part was as little as one percent.

What Are Maintenance and Cure Benefits?

While the Jones Act protects injured seamen, the broader category of general maritime law applies to other individuals who are hurt at sea. This is important. After all, many people who are hurt while on open water are not protected under The Jones Act. These individuals include workers who do not classify as seamen under The Jones Act (meaning they spend less than 30 percent of their time in service of a vessel in navigation), longshoremen, harbor workers, and many non-maritime workers. 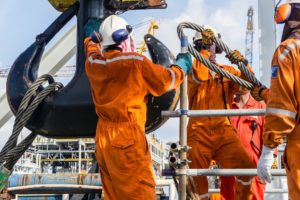 “Non-maritime workers” is a broad category. It includes people who are out on the water for recreation. For instance, it could include recreational fishermen, swimmers, boaters, jet ski riders and cruise ship passengers.

The Jones Act requires injured workers to prove their employer’s negligence. In contrast, compensation for maintenance and cure is considered “no-fault.” An offshore worker merely needs to show that he or she suffered an injury on navigable waters, and they were employed on the vessel where the accident occurred.

When a worker reaches maximum medical improvement (MMI), employers are no longer required to cover medical expenses. Someone is considered to have reached maximum medical improvement when the person has recovered as much as they are expected to recover. When MMI is determined, any further treatment is not likely to make a significant impact on the overall physical condition of the injured party.

What Is an Unseaworthiness Claim?

Shipowners must provide a vessel that is safe, or “seaworthy.” This means that the ship or vessel is suitable for use, and all of the equipment on board is well-maintained and can be safely used as intended. An injured worker may have an unseaworthiness claim if the worker’s injuries result from:

In addition to unseaworthiness, maintenance, and cure, those who are injured offshore could take legal action for injuries caused by a shipowner’s negligence. Unfortunately, some employers are not willing to comply with maintenance and cure when workers are injured. When this happens, a lawyer can help.

As an offshore worker, you have rights. Whether The Jones Act covers you, or you are eligible to take legal action under general maritime law, the lawyers at Fleming Law, P.C., can help. We know that the laws surrounding accidents at sea can be confusing. So, let our team of knowledgeable attorneys evaluate your case and inform you of your rights and legal options.

Contact one of our Houston personal injury lawyers by calling or reaching us online today. Our initial consultations are always free, and you won’t pay us anything unless we recover fair compensation for you.