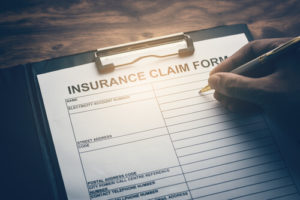 Abusive tactics by insurance companies have always been a problem for people who pay insurance premiums only to get the runaround when they actually file a claim. However, abuse is not inflicted only by insurance companies upon their own customers. Recently, we have noticed complaints from people who are car accident victims who are treated poorly by the other driver’s insurance company. According to reviews on Yelp, Google and the Better Business Bureau, one of the worst offenders is ACCC Insurance Company. People who try to settle claims with ACCC often go through a long and frustrating process. So, lets take a look at some of the complaints expressed by people who have had the misfortune of being in a car accident with one of ACCC Insurance Company’s customers and try to settle their claim without a traffic collision lawyer.

Getting The Runaround From An Insurance Adjuster?
CALL A LAWYER NOW!

As of today, ACCC Insurance Company has 145 Google Reviews with a 1.2 Star Rating.  Getting a 1.2 Star Rating is pretty hard to get and ACCC must be working pretty hard to get it.  What is interesting is that while most businesses are rated and reviewed by their own customers, this company gets tons of reviews from folks who have done no business with them – only attempted to resolve a claim after being hit by an ACCC Insurance company insured. Many of the review comments are from people who have been rear-ended by an ACCC policy-holder. One reviewer writes, 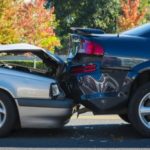 “If you are hit by one of their insured, i suggest that you do not waste your time dealing with them like i did. The longer you wait on them, the more out of pocket you will become. You should hire an attorney, or file the claim on your own insurance as soon as possible.”

Another mentions that it is odd that so many of the reviews are from people who have been rear-ended by an ACCC customer.

Other reviewers mention, “Horrible,” “Joke,” “Fraud,” “Fraudulent,” “Worst company in history,” “Horrendous” and they go on and on and on.

The 56 complaints against ACC Insurance with the BBB have led to an actual “F” rating by this credible organization. Again, the majority of complaints seem to be from people who are not ACCC customers.  They are people who were hit by people insured by ACCC Insurance who tried to settle their claim on their own only to get the runaround treatment from the adjuster.

As of today, ACCC Insurance has 25 “Recommended” Yelp reviews.  24 are 1 Star reviews and, consistent with Google and BBB, the majority are from people trying to settle their own ACCC claim. There are 62 more reviews which are not recommended which have similar complaints and ratings.

What Can Be Done About ACCC Insurance?

The reason why any insurance company would treat claimants poorly is because it works, if it didn’t save them money they wouldn’t do it. They can intimidate or ignore people until they either give up their claim or accept less than they are entitled to receive. Remember, insurance companies owe a duty to their insured – their own customers – not to you if you are hit by one of them. Therefore, giving you the runaround only works to save them money and there are only two things you can do about it: Write a Review or Hire a Lawyer.

If you are having trouble settling your own ACCC claim with ACCC Insurance, call our Board Certified Personal Injury Attorneys and car crash lawyers at Fleming Law, P.C. for a free consultation 737-201-0543.