Do you need a lawyer for a dog attack in Austin?  Our Austin Dog Bite Lawyers have vast experience representing people who have been attack and bitten by dogs.  Dog attacks almost always leave permanent scarring – physical and emotional and you should find an experienced lawyer to handle your claim.  Michael P. Fleming is Board Certified as a Personal Injury Specialist by the Texas Board of

Legal Specialization and he offers a 100% free consultation.  Call him today for your dog bite injury case in Austin – or anywhere in Texas.

Dog bites can leave scarring, require stitches or reconstructive surgery, or an attack can lead to death. Austin’s municipal code, Section 3-4-4, allows dogs to be allowed to run free without restraint in:

If you’ve been bitten by a dog in any public or private area, you need an Austin dog bite attorney who understands Austin’s robust laws and can help you seek compensation for your injuries.

The dog that attacked you may be considered a “vicious dog,” or a dog that is not allowed in the city of Austin. Vicious dogs include dogs that have: 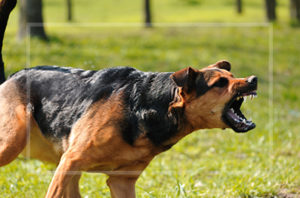 But even calm, nice dogs can attack randomly.

You need a strategy to prove negligence of the dog’s owner in the attack that holds up in court.

If you or a loved one have been a victim of a dog attack in Austin, it’s time to contact an Austin dog bite lawyer as soon as possible.

Texas One Bite Rule and Negligence

Texas law does not have a specific law pertaining to dog bites, making the state a “one bite state.” Dogs that have never shown aggression or bitten someone before can and do attack every year. Under the rule, you cannot recover damages from the dog owner because he or she didn’t know the dog was aggressive.

However, even if the dog has NOT shown aggressive tendencies in the past owners may be sued for negligence if: 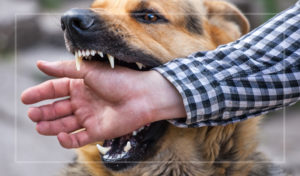 Compensation may be sought for:

How Can an Attorney Get Compensation for My Dog Bite?

Insurance companies paid out $530 million in dog bite related claims in 2014. While 81% of bites cause no injuries, there are still 4.5 million dog bites and over 800,000 bites that lead to injuries.

If the dog owner has a home, we’ll generally pursue damages through the owner’s homeowner’s insurance policy.

Most homeowner’s insurance policies have liability protection that will cover dog bites.

Pet owners are beginning to seek animal liability insurance in the event their pet bites someone. Canine liability insurance has specific liability options that cover dog bites that do not occur on your property or involve attacks on people that live in the household.
These insurance policies are preferred if you’ve been bitten because they will cover claims that homeowner’s insurance will not.

Homeowner’s insurance policies often include exclusions for breeds that are known as “dangerous,” including:

If the owner has animal liability insurance, it makes pursuing damages easier for an Austin dog bite attorney. These policies fill the gaps that homeowner’s insurance have.

Your dog bite is unique, and the circumstances surrounding the bite are unique. What remains the same is that dog bite injuries typically result in the following:

Treatment may be as simple as stitches or allowing the bruising to subside, but dog bites also pose the risk of infection. Victims may suffer from tetanus or rabies from a bite. Infection can also occur due to the wounds suffered in the attack.

If infections set in, a person may suffer serious consequences and intensive treatment to correct the issue.

Surgery may be required in victims that suffer the most serious bites, including bites that may lead to severe scarring or disfigurement.

Our lawyers have experience helping victims of dog bites seek compensation from dog owners and insurance companies. Contact us today to find out how much compensation you can seek for your dog bite.