How Long do I Have to File a Claim for an Auto Accident in Texas? 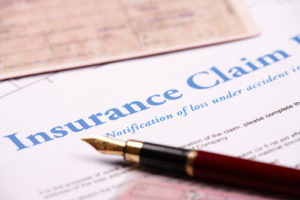 Every state has a deadline, known as a statute of limitations, within which personal injury claims must be filed. In Texas, the deadline depends on whom is being accused of negligence, as well as when the plaintiff’s injury manifested. To ensure that you do not miss this, or another important deadline, you should consider retaining an experienced car accident attorney in Houston who can assist you.

What is the Statute of Limitations for Filing an Auto Accident Claim in Texas? 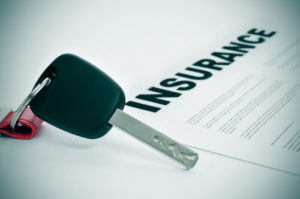 Texas law requires plaintiffs to comply with a series of strict rules when filing claims of negligence against another party. One of these rules requires plaintiffs to file any claims for damages within a period of time known as the statute of limitations. For instance, someone who broke his or her arm when another driver ran a red light and collided with his or her vehicle would need to file a claim to recover damages within two years of the date of the accident. Those who fail to file a claim within this time period will most likely have their case barred by the court, which could mean that they will miss out on their only opportunity to collect compensation for their losses.

For the most part, governments are immune from suit, which means that they cannot be held liable for damages in court. There are exceptions to this general rule, however, under which a city, state, or government agency can be forced to pay damages in court. For example, the Texas Tort Claims Act partially waives the state’s sovereign immunity from suit and allows plaintiffs to file claims against the government for two types of injuries:

When a government employee causes this type of accident, the state can be held liable, but only if:

If these conditions exist, a car accident victim could seek compensation for personal injury, as well as property damage, although the recoverable amount is limited to $250,000 per person, or $500,000 per occurrence for bodily injury and $100,000 per accident for property damage. In order to be eligible to collect damages, injured parties must still submit claims before the deadline. However, when a case involves the government, plaintiffs must file a notice of claim with the appropriate government unit within six months of the date of the accident. Some cities have an even shorter deadline. For example, Houston requires plaintiffs to file notice of suit within three months of the date that the accident occurred.

Get More Information on Car Accident Claims with Insurance Companies:

How long do I have to file a claim for a car accident injury?
CONTACT US NOW!

What are the Car Accident Insurance Trends? 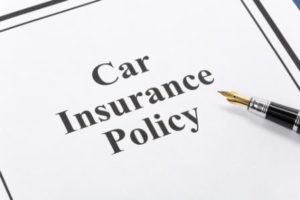 According to the Insurance Information Institute, the cost of accident claims has steadily increased over the past three years. Specifically, bodily injury claims have increased by almost 10%, while property damage claims have gone up by approximately 15%. Similarly, the cost of personal injury protection has increased by around 20% and both collision and comprehensive insurance claims have gone up by 11%. These increases reveal a number of different changes in the insurance industry. For one, the cost of insurance claims represents the frequency and severity of accidents, so these numbers demonstrate that the number of claims being filed across the country have been rising steadily. If you have questions about how the rising cost of claims could affect your own efforts to collect compensation for your accident-related losses, you should strongly consider speaking with an experienced Houston car accident attorney who can advise you.

What is the Frequency of Claims and Accidents?

The study published by the Insurance Information Institute revealed that accidents and insurance claims are on the rise. In fact, the number of claims filed in 2013 went up by 2.4% and a further 4.4% in 2014. The numbers continued to rise by roughly .08% in 2015. According to the Federal Highway Administration, this drastic increase could be linked to the rise in the number of miles being traveled by Americans, as there is a clear correlation between an increase in miles driven and the frequency of crashes. The study also posited that the number of miles being driven is closely linked to the employment rate, so the more people are employed, the more people will be on the road traveling to and from work, and the more crashes will occur. Researchers have also considered a possible connection between gasoline prices and the number of miles being driven, although this link is much more tenuous.

I was the victim in a Car Accident. Will my insurance rates go up?
CONTACT A LAWYER NOW!

Severe weather events, such as snowstorms, heavy rain, high winds, and heavy fog also have an impact on the number of car accidents occurring across the nation. In fact, the National Highway Traffic Safety Administration estimates that as many as 22% of all car crashes are related to weather, which could explain why claims have increased alongside the number of catastrophic natural disasters and extreme weather occurrences. Finally, distracted driving, which is estimated to cause around 10% of fatal crashes, 18% of accidents resulting in injuries, and 15% of accidents where only property damage was sustained, may be causing an increase in the accident rate. As the use of smartphones has steadily gone up, so have the number of distracted driving accidents. This in turn has a considerable effect on not only the severity of crashes, as distracted driving-related accidents tend to occur at high speeds and so result in more severe damage, but also the number of claims being filed by injured parties.

If you were involved in a car accident that was not your fault, you need the advice and guidance of a dedicated car accident attorney in Houston who will aggressively represent your interests, whether during settlement proceedings or in the courtroom. To speak with an attorney about your own accident, please contact the injury attorney team at Fleming Law, P.C., by calling 737-201-0543 or by sending us an online message with a brief description of your case.