Evidence Used After a Truck Accident 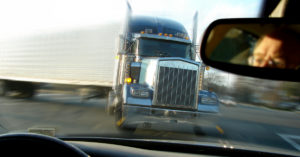 It is important to begin collecting evidence promptly after a serious injury accident involving a commercial truck such as a tractor-trailer or semi-truck. A Houston truck accident attorney at Fleming Law, P.C., can gather evidence that supports a personal injury claim seeking compensation for your injuries and other losses caused by the negligence of a truck driver or trucking company.

There may be multiple parties at fault in a truck accident, making these accidents more complicated to investigate. There’s a variety of evidence to obtain and analyze to determine the cause of an accident and the potential liability. For the best results, you want your lawyer to get access to this evidence as soon as possible, so it does not degrade or get discarded.

What Evidence Can Be Recovered After A Truck Accident?

The evidence we compile as part of a truck accident investigation includes the police reports, which may include a citation against the trucker and witness statements describing the accident. We collect physical evidence from the accident scene and we seek medical records detailing your injuries from the accident and your course of treatment. We also seek videotape from nearby security cameras that may have captured the accident. 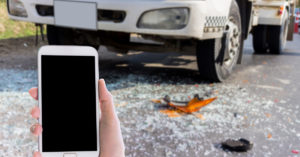 In a commercial truck accident, there is additional evidence that would not typically be available in a passenger car accident. For example, truck drivers are required by law to record their driving activity in a log. The logs can show long a trucker has been behind the wheel and may help establish that a driver had disregarded hours of service restrictions and was exhausted from too many hours of driving.

We might suspect a trucker of drowsy driving or falling asleep behind the wheel after an accident in which there was no evidence of braking or swerving to avoid a collision. In addition to the lack of skid marks at the accident scene, we’d want to review as we explore additional sources of evidence including:

In addition, the trucker and/or the trucking company may have been cited after the accident or previously by the Federal Motor Carrier Safety Administration (FMCSA) for violating its regulations. These records may indicate a specific relevant violation and/or a trend of negligent or reckless behavior.

Who is Responsible For Collecting Evidence After a Truck Accident?

Some evidence, such as police reports and FMCSA citations, is readily available. Some, like vehicle damage, is destined to be destroyed (through repair or junking the vehicle) and needs to be examined quickly. A lot of evidence is in the hands of the trucking company and must be preserved.

A motor carrier is required by federal and state regulations to maintain many records and to keep them for varying lengths of time. To obtain evidence from a motor carrier, we must contact the company with a “spoliation letter,” which alerts them to a pending claim and demands that the company preserve the records. If a claim becomes a lawsuit, we enter into a process called “discovery,” in which the court requires a good faith exchange of information. If we believe a trucking company is withholding certain information, we may seek a court order compelling them to produce it.

In some cases, we will work with an accident reconstruction expert to determine how and why the accident occurred. This consulting forensic engineer may cite additional information to seek from the trucking company, a truck manufacturer or another party to complete their portion of the investigation.

You will need a knowledgeable attorney to contact the truck company, demand evidence and complete a thorough investigation. An attorney at Fleming Law, P.C. will spend the time necessary investigating the accident to answer questions relevant to your truck accident injury claim.

How is Fault Determined In A Truck Accident?

After we have gathered the relevant evidence, we can usually get a good picture of how a truck accident happened and who is at fault.

In Texas, a personal injury claim needs to show:

In the end, we must be able to demonstrate that the actions of the truck driver or trucking company are the cause of your injuries.

This may be simple cause-and-effect: the truck failed to stop, causing it to run a red light and hit your vehicle, which caused your injuries. It may require establishing “proximate cause,” meaning the defendant’s action – crashing a truck into the rear of a car behind you – is the most relevant action in the “chain of causation” that led to the pile-up that injured you.

Once we have a solid case, we can issue a demand for compensation to the defendant’s insurance company. Our demand will take into account all of your losses for medical expenses, lost income and pain and suffering. Most cases are settled through negotiations without a trial. But if we must go to court, we will do so with a persuasive case built upon solid evidence.

In court, a jury will determine who is at fault for the truck accident. If multiple parties are at fault, under Texas comparable negligence rules, the jury will assign a proportion of the blame as a percentage to each party at fault.

Any compensation you are awarded at trial would be reduced by the amount of blame assigned to you by the jury. So, for example, if the jury awarded you $100,000 but said you were 10 percent responsible for the crash, you would receive $90,000 in damages.

As your attorneys, we would seek to mitigate the impact of any factual evidence as to your fault. Our aim is to obtain the maximum compensation available for the injuries and losses you have unjustly suffered. 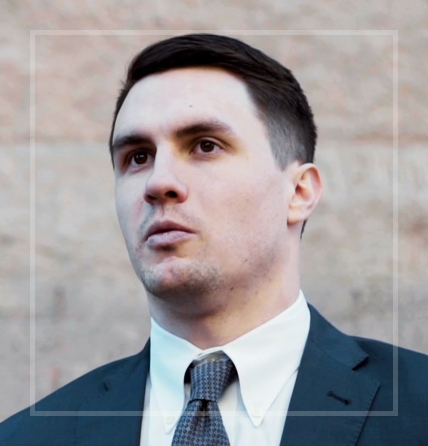