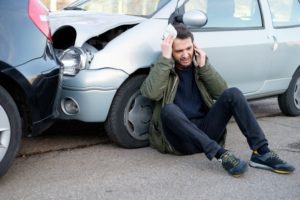 The other driver’s insurance company will try to minimize the amount they have to pay you, and they don’t want to pay for injuries not related to the crash. However, in some cases, the picture can be more complicated, with an accident making pre-existing conditions worse than they otherwise would have been. If the accident made an injury or illness you already had worse, you may be able to secure compensation for the resulting medical bills.

At Fleming Law, P.C., we want to help our clients recover every bit of compensation they deserve to help them recover from their accidents. By understanding how the claims process works concerning pre-existing conditions, you can gain a greater understanding of how you might be able to maximize compensation in your case. When you are ready to take legal action, our Houston car crash lawyers are ready to help.

You may hear about pre-existing conditions in several different contexts, including health insurance. In the context of a car accident or other personal injury case, a pre-existing condition is defined as any health condition you had before the accident. This could be anything from a recent injury you were recovering from to a chronic illness.

Insurance companies in personal injury cases may try to label as many conditions as possible as pre-existing because in hopes that they will not have to pay for the related medical coverage and other losses.

If you have any pre-existing conditions, you would likely have to disclose those as a part of your claim.Dishonesty will only make matters worse for you and better for your opponent.

However, disclosing a pre-existing condition does not mean giving up on winning compensation for how the driver who hit you made that condition worse than it otherwise would have been. Car accidents can aggravate existing conditions and create further complications in the victim’s life. The legal system recognizes that fact and allows for appropriate compensation.

Fortunately for injury victims, just because they were already ill or injured does not mean that drivers who cause accidents can shirk liability for making things worse. If you can show that the new injuries you sustained in your accident made your existing injuries worse and set back your recovery, you may still be able to secure compensation for the resulting medical bills, pain and suffering, and other related losses.

While the at-fault driver’s insurance company will not have to pay for treatment you would have undergone had the accident not happened, they must pay for treatment you would not have needed otherwise. For example, if you were already taking prescription pain medication for a bad back and the accident made your back injuries so much worse than you had to start physical therapy, you might be able to recover damages for the cost of the physical therapy, but not for the pain pills you were already taking.

Examples of Pre-Existing Conditions Made Worse by Car Accidents

When you already have an injury, a car accident can be just the push that injury needed to become even more serious or even deadly. Here are just a few examples of the many ways a car accident can make a pre-existing condition much worse:

Any of these scenarios or many others could result in a settlement in which the driver responsible pays for aggravating the pre-existing conditions. If you are unsure whether your injuries might count as aggravating your pre-existing conditions, an experienced Houston car accident lawyer from Fleming Law, P.C., can help you determine whether you can pursue compensation. 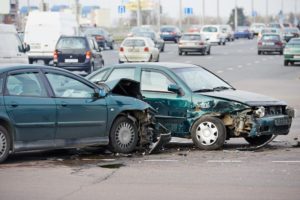 The driver who hit you may object to paying for extra medical bills because they hit someone with pre-existing injuries. Luckily for you as a personal injury victim, Texas courts apply a legal doctrine called the “eggshell” or “thin-skull” rule.

This rule states that the defendant in a personal injury case is still responsible for the full extent of the injuries they cause, no matter how fragile the victim already was when the accident occurred. It doesn’t matter if the average person would have sustained much less severe injuries in a similar accident. If a driver caused an injury through negligent driving, the driver – and their insurance company –must pay for it.

Recovering money in a settlement for aggravated pre-existing conditions can be tricky, but Fleming Law, P.C., is up to the challenge. With a victory at the Supreme Court of the United States under his belt, former elected Harris County Attorney Michael P. Fleming has experience most personal injury attorneys can only dream of.

For more information on how our Houston car accident lawyers can help you secure appropriate compensation for all your injuries, contact Fleming Law, P.C., today for a free consultation.