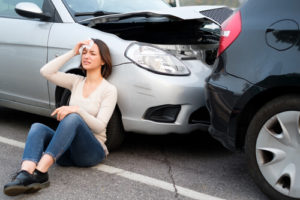 Those who are involved in vehicle accidents, whether they were a driver, passenger, bicyclist, pedestrian, or motorcyclist, may endure serious head trauma if they sustain a direct blow to the head. Concussions are especially common amongst victims who were involved in a head-on collision or rear-end car accident. Unfortunately, their effects are not always immediately noticeable, so many accident victims are not even aware that they suffered an injury until days or weeks after the accident. Retaining an experienced car accident attorney in Houston is especially important in these cases, as the injured party may have more difficulty proving to an insurance company that his or her injury was the result of a specific accident.

What is a Concussion?

The brain is enclosed and protected by the skull and is also surrounded by a gelatin-like substance known as spinal fluid. Sudden blows to the head can cause the brain to collide with the inside of the skull, resulting in bruising or damage to blood vessels or nerves in the brain tissue. The resulting damage is considered a concussion, each of which is rated as either grade one, two, or three. Grade one and two concussions, for example, are less severe and usually have a shorter recovery time. Grade three concussions, on the other hand, are almost always accompanied by unconsciousness and memory problems and will require more intensive treatment.

Symptoms of a Concussion

Although many people believe that concussions are not that serious, they are actually a form of traumatic brain injury and so should be of legitimate concern to injured parties. Symptoms range from mild to severe, so many accident victims are not even aware that they suffered a serious injury. However, those who begin experiencing the following symptoms most likely suffered some type of head trauma and should consult with a doctor immediately:

Although most of these symptoms will fade over time and the brain will heal, severe concussions can actually worsen over time if they are not treated.

The doctor said I suffered a concussion in the accident. What can I do about it?
CONTACT A LAWYER NOW!

The recovery process for all grades of concussion requires rest, limited physical activity, and a reduction in levels of concentration. For most grade one and two concussions, these measures will lead to recovery within a few days or weeks. However, in grade three cases, these steps may not be sufficient and a doctor will need to conduct CT and MRI scans to determine whether the injured party is suffering from bleeding or swelling in the brain. Afterwards, patients will need to monitor their symptoms, noting the frequency and severity of headaches to discuss with a doctor at a later date.

If you sustained a concussion in an accident that you were not responsible for, please contact the legal team at Fleming Law, P.C., by calling 737-201-0543 to receive a free consultation with a dedicated attorney.