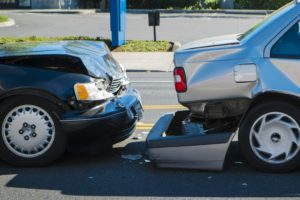 If you are involved in a rear-end crash in Houston or elsewhere in Texas that causes you to suffer serious injury, you may be eligible to file a claim against the other driver. You could recover compensation that covers your medical expenses, lost wages and other accident-related damages. Your ability to recover compensation and the amount of compensation that you could recover will largely depend on who was at fault for the rear-end accident – the driver in front, the one in the rear or, perhaps both drivers.

If a person drives carelessly or recklessly and, as a result, causes a rear-end accident, then that person is considered to be “at fault.” The person can be held liable for any harm which he or she causes others to suffer as a result of the accident, including bodily injury and property damage.

When you file a personal injury claim after a rear-end accident in Texas, you must establish who was at fault. Typically, you must show that the other driver was negligent. In other words, you must show that the other driver owed you a duty of care, breached that duty of care, and as a result of that breach, you suffered actual injuries. Proving negligence requires a thorough investigation.

In most cases, a personal injury lawyer should also consult with knowledgeable professionals in different fields. For instance, an accident reconstruction specialist can help a lawyer to piece together the evidence, determine why a rear-end accident occurred and identify who was at fault.

What Causes Most Rear-End Accidents?

Most rear-end collisions involve two drivers: The one in front, and the one in back. They often occur after the vehicle in front stops for some reason. For instance, the car may reach a stop light or stop sign at an intersection. The impact occurs because the driver in back fails to stop or swerve on time.

Some examples of rear-end collisions involve:

As you can see, every angle must be explored when you investigate a rear-end crash. Determining fault can be highly complex. If many other vehicles are involved, and a “pile-up” occurs, determining fault gets even trickier.

Are You Always At Fault If You Hit Someone From Behind?

As you could see in the scenarios we provided above, a rear-end accident is not always the clear fault of one driver or the other. Both drivers may partially be at fault. When drivers share fault, the Texas modified comparative fault rule will apply. This rule is sometimes called the “51 percent bar rule.”

Under this rule, a party who contributed to his or her own injuries is not always barred from a recovery. The party cannot recover any damages only if he or she is 51 percent or more responsible for causing the crash and his or her injuries. Otherwise, the party’s damages are reduced in proportion to his or her degree of fault.

For example, if a driver in a rear-end crash is found to be 30 percent at fault for the collision and suffered $100,000 in damages, that driver can hold the other driver liable for only 70 percent of that amount, or $70,000. If the driver was 51 percent or more at fault, the driver would be barred from recovering anything.

How Long Do You Have to File a Rear-End Accident Claim?

In Texas, the statute of limitations for filing a personal injury lawsuit after a car accident is two years – typically, starting from the date of the accident. A property damage claim also has a two-year statute of limitations. If your loved one died in a rear-end accident, you would have two years from the date of the death in which to bring a wrongful death claim.

How a Houston Rear-End Car Accident Lawyer Can Help You?

If you have been involved in a rear-end car accident in Houston, you should work with a skilled attorney as early as possible in the aftermath of the crash. Your attorney should handle all aspects of your claim and work hard to improve your chances of securing a settlement fully and fairly compensates you. Some of the services which an attorney can provide include:

Get Help from Our Houston Rear-End Car Accident Lawyers Today

For a free consultation with an experienced auto accident lawyer at Fleming Law, P.C., contact us today. We are skilled attorneys who know how insurance companies often try to take advantage of injured people and their families. We will aggressively protect your rights and pursue the compensation you deserve after a rear-end accident.